What's on your mind?

This discussion board contains spoilers for the upcoming season of Ex On The Beach. If you do not want to see spoilers please don't read any further and close this window. This is the fourth season of the show, not a spin-off.

Cast members in bold are OGs

--Bryce Hirschberg (Too Hot to Handle)

--Danielle Cohen (Are You Smarter Than a 5th Grader) - David's ex

--Ranin Karim (Had an affair with Pastor Carl Lentz)

--Chloe Veitch (Too Hot to Handle/The Circle US 2)

--Haley Cureton (Too Hot to Handle)

--Rhonda Paul (Too Hot to Handle)

--Sammie Cimarelli (The Circle US 1)

*The format follows the original UK format (8 OGs, no ceremonies, people leave via DQ, twist or quit only)

*Caro was the first person eliminated

*Jamar and Minh-Ly were eliminated prior to 8/1. It is unknown who was sent out first.

*Caro and Minh-Ly were said to get into drama, while Jamar is being called messy.

*Danielle, Nicole P, Ranin, Bryce, Kat, Alexis and Elias did not make it to the end of filming

*There were at least three quits and three removals

*Kat was removed for a "physical" altercation

*Jamar vs ? (Jamar posted an image on his IG story of him with the middle finger with the caption "Mood")

*Kat vs Bryce (Kat "touched" Bryce after he used the "R" word. Both were sent home following the altercation)

If anyone knows birthdays for cast members who's birthdays are left blank on their cast pages post them here in the following format.

This discussion board contains spoilers for the upcoming season of Ex On The Beach: Peak of Love. If you do not want to see spoilers please don't read any further and close this window. This is the fourth season of the show, not a spin-off.

--Briana's Ex (US) - Were together when Briana filmed Rivals III

--Jaylan Adlam (Are You The One 5/US/Tyranny's Ex)

--Briana LaCuesta (Are You The One 2/US/Nicole's Ex)

--Britni Thornton (Are You The One 3/US)

--Osvaldo Romero (Are You The One 5/US/Tyranny's Ex) - Married

International people are being cast. Likely US, UK, Canada and Australians

Megan was most likely voted out first.

Daniel was voted out midway through filming, similar to Tor'i and Farrah

Laurel was voted out prior to August 14 and was the second ex voted out. It was also said she will most likely be getting a "crazy" edit.

John was voted out on August 16, most likely being the third or fourth ex vote out. He's also being called "crazy",

Nicole was said to have the most "prominent" storyline this season

Daniel and Laurel are the "villains" of the season

Todd & Jemmye are being called "messy"

Callum proposed to Georgia during the show. The two have been friends for a while, however the full extent of their relationship was unknown prior to the show

Jemmye possibly had a boyfriend during filming

Allie got along with none of the other OG, mainly the girls. She and Tyranny are rumored to have a season long beef. (Apparently they all made up except Nicole). Tyranny is also said to come across as a "bully" towards Allie.

Tyranny has hookups with both Pechie and a white UK guy (suspected to be Sam). She ultimately chooses Pechie

Pechie didn't wash up until towards the end of filming

Ashley's only storyline is rumored to be her relationship with Nicole

Marlon allegedly instigated the big fight with him and Adore. It took place during the first week of filming. They also got over it quickly

At the beginning of the season, Allie came in exploring her sexuality. She also had a brief thing with Nicole. Nicole then "switched up" on her.

Cameron doesn't have any drama and will probably be considered "boring".

Adore, La and Tyranny could be a clique.

The exes arrived in little/revealing clothing just like on EOTB

Cameron is the last ex to arrive

Laurel is only followed by Jemmye

Marlon & Jakk or Trenton (Reason why he and Adore fought)

Niall vs Carlos (Fighting over Allie)

Nicole vs Tyranny (Nicole called her "extra and annoying")

This discussion board contains spoilers for the upcoming season of Ex On The Beach 3 (US). If you do not want to see spoilers please don't read any further and close this window.

--Anthony Bartolette (Are You The One 2) - Third Round Ex (Marie)

--Bill Reilich (What Happens at the Abbey) - OG

--Geles Rodrigues (Are You The One 6) - Probably OG

--Geles' Ex who she broke up with the day before leaving

--Nicky LoCicer - Mark's Ex (Unsure if they were actually together)

--Tyler Pratt (Are You The One 2) - Unnamed recent AYTO ex

--Ashlee Lian (What Happens at the Abbey) - Billy's Ex

--Demi Burnett (The Bachelor 23) - Doing Bachelor in Paradise instead

--Jessica Andreatta (Are You The One 2) - Anthony B's Ex; Moving to Florida

Challenge 34 will film after this season's filming wraps, so we could see some more representation on The Challenge

Voting may be different this season

Twins may be considered a single person/vote. If this is the case, Marie could be an OG

A new ceremony has been added, (or the crush ceremony was changed) that would allow people to send other couples on dates, similar to AYTO.

Chart I made to keep track of entrances/exits

Geles & Kenya have pre-existing beef, as do Geles & Shannon

Geles and Shannon are rumored to be continuing their beef

Geles broke up with her bf the day before departure

OG's and first round Exes are leaving around the same time

Aubrey or Mark could have a same-sex Ex arrive

Elimination was held 4/21; Elena was the first Ex eliminated. She did not enjoy her time lol

Tevin, Marie and Alexis entered the house on or around 4/22

Second Elimination happened on 4/22 or 23. Idel was most likely eliminated

Anthony B arrived 4/27. Shannon, Marie and either Aubrey or a twin were at the beach.

Tevin & Twins were at the beach 4/28 waiting for exes.

Mark had to spend a night in a hotel for unknown reasons. Possibly due to fighting

Cameron was sent to a hotel the night Ariana entered

Alexis was sent home fourth on 5/3

Cara is transgender. She's also likely out of the house already

A twin is rumored to have been eliminated on 5/8

Kenya got sick while in the house and actually had to stay in a hotel. Because of this she missed a couple of crush ceremonies.

Aubrey, Geles & Kenya were a clique. It's assumed that Marie and Emily joined that clique after they arrived. It's also implied that Devin doesn't get along with them.

Cameron & Ariana (his ex) were living together at the time of filming. It was also said that that was part of the reason he and Alexis broke up.

Cameron & One or Both of his Exes

Cameron & Aubrey or Geles (Possible based on premier teaser)

Mark & Elena (Posted a pic on IG together shortly after filming)

Elena vs Kenya (Rumor based on Elena's controversial tweets)

Mark vs ? (The night Mark went to the hotel)

Cameron vs ? (The night Cameron went to the hotel)

Aubrey vs ? (In trailer)

Meechie vs ? (In trailer)

Cameron vs Devin (Rumored based on IG hashtags Devin posted)

Billy vs Kenya or Marie

Marie vs Shannon (Marie said she has been calling her Sharon...) 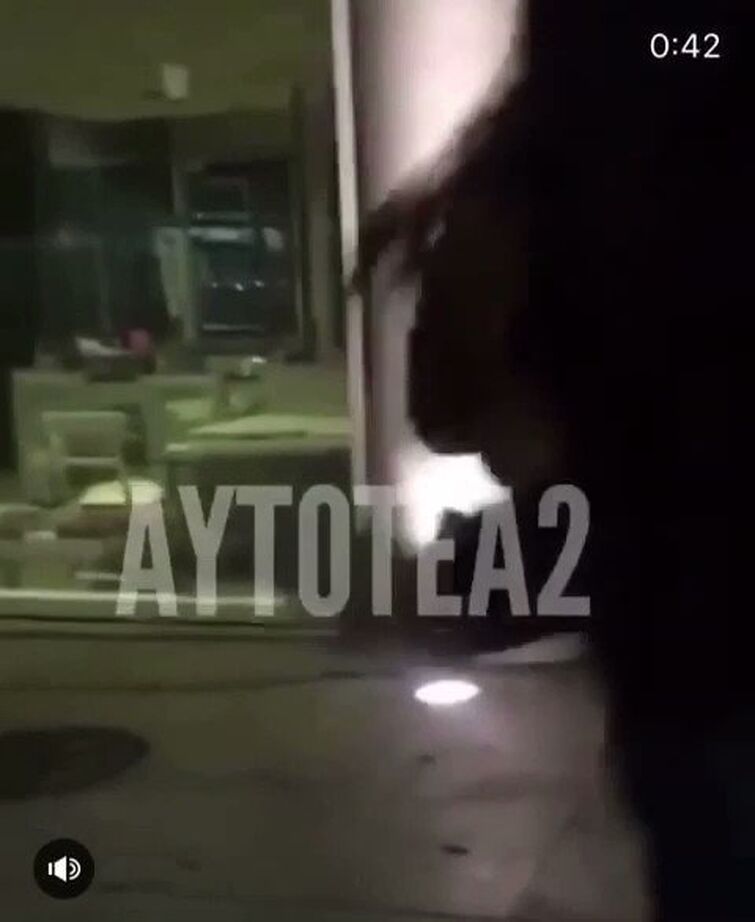 The Challenge MTV on TwitterTwitter
(edited by Sbcm133)

Credit goes to A Fandom User

Ex On The Beach 3Google Docs

This discussion board contains spoilers for the upcoming season of Ex On The Beach 2 (US). If you do not want to see spoilers please don't read any further and close this window.

** Full credit goes to PinkRose and the various users at Vevmo.**

-- Cory Swierzynski (What Happens at The Abbey) - Murray's Ex

-- Voting people out is returning (Cast member who were confirmed voted out or left early include: Simon, Farrah, Sha, Nelson, Janelle and Nicole. There are likely more that had early exits but haven't been confirmed)

-- Farrah got voted out and she was replaced by Angela the day after. The same as last season when Tor'i was voted out and Alicia took his spot as an OG.

-- Supposedley Janelle got sent home over her multiple "altercations" and Warnings.

-- Allegadly Nicole Ramos DQ from the show after "pushing" a producer.

- Cole Medders (Survivor 35) - Contacted for this and/or Challenge 33.

Declined or Not Likely:

- Keith Klebacher (Are You The One? 6) -- Declined or Dropped

Below is a list of other people that have been rumored to be contacted but haven't been confirmed by PR on Vevmo.

Help us grow Ex On The Beach Wiki